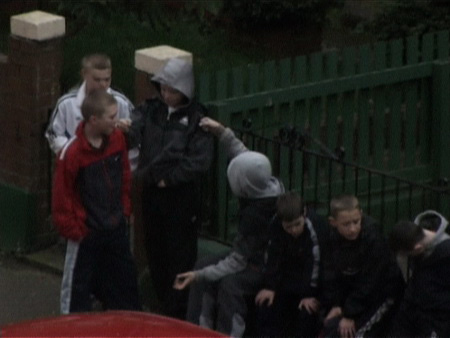 OSLO PILOT and PRAKSIS are pleased to present In Conversation: Seamus Harahan and Saskia Holmkvist.

Based in Belfast, Northern Ireland, Seamus Harahan has been invited by PRAKSIS and OSLO PILOT to participate in a month long residency. Harahan’s deceptively simple work engages with his surrounding environment, discovering a sensual poetics in everyday, marginal and overlooked subjects and peripheral details. His work was described by Adrian Wootton, Chief Executive of Film London and the British Film Commission, as: “challenging and experimental while also humorous and accessible.”

Harahan is represented in London by Gimpel Fils and has exhibited widely internationally, including at Tate Britain, London, and representing Northern Ireland at the 51st Venice Biennale in 2005. He received a Paul Hamlyn Foundation Award for Artists in 2009. He is ex-director of Catalyst Arts Belfast.

Professor of contemporary art at KHIO, Saskia Holmkvist is a Swedish artist based in Stockholm and Oslo. Holmkvist’s work comprises performative strategies, site-specific projects and film/video in an ongoing exploration into questions of the professionalization of language and concerns of translatability of subject positions. In creating mostly performative encounters between different protagonists through a conceptual and methodical approach borrowed from the artistic and academic field, such as journalism, theatre and psychology, the aim is to investigate by means of interacting.

PRAKSIS is a progressive not-for-profit international arts arena in Oslo. Functioning as a catalyst for development through research and cross-cultural dialogue, Praksis creates supportive communities that bring together local, national and international artists, makers and thinkers across disciplines in relationships of collaboration and exchange.