Headscarfs Close to the Ground 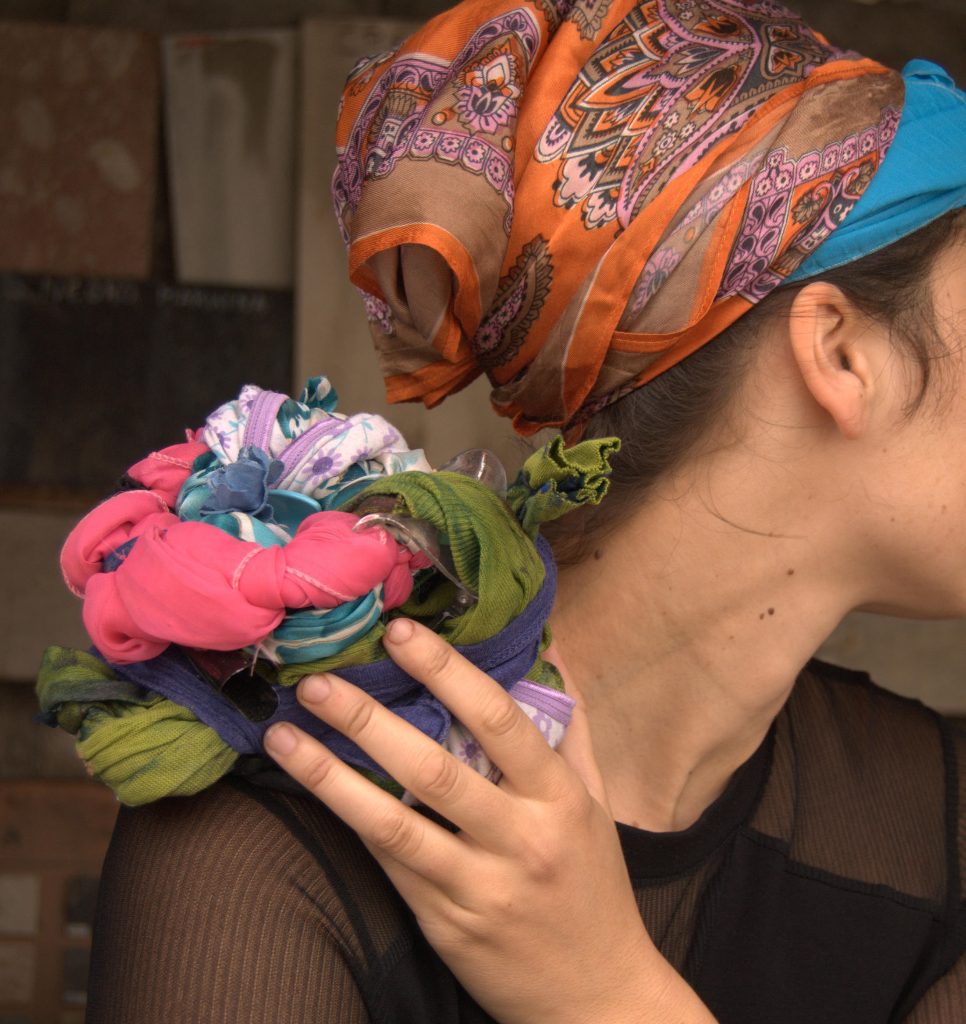 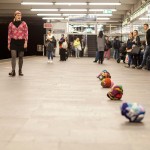 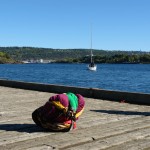 Click on the photos for text and images from the performances

A project commissioned by OSLO PILOT

The autumn of 2016 the poet and sculptress Elena Aitzkoa did performances around the city of Oslo carrying a light blue suitcase full of sculptures. You could find her singing and whistling in the street, probably wearing a headscarf.

“City Centre. The common space escapes usage and slips away with the passers by. Only the beggars stay sort of still, taking over an area with their routines from the early morning onwards. So I, who walk because I have nothing particular to do, keep coming across the women. I keep coming across them because almost all the beggars in the area where I’m staying are women, of all ages. I think they’re Romanian gypsies, but I might be wrong. They definitely don’t live in the street where I see them each morning. Every morning they come from somewhere on the outskirts, and meet here and get organised toge-ther. There’s a group of four or five of them who must be around eighteen to twenty-two years old. Early in the morning they’re on the big street near where I live, but then they spend the whole day going up and down Karl Johans Gate. These women beg on foot. They’re all really pretty. There’s one I find beautiful. She wears a long purple velvet skirt, wedge mules, and a carefully tied, maybe spotted, headscarf.

The older women are low down on the ground. They’re huddled in layers of clothing. They set up a cardboard sign and there they spend the whole day, and the fabric of their clothes rubs against the pavement. I can only see glimpses of them: cloth, pavement, hands. Cloth lifted off the pavement by the wind. Sometimes they get up halfway through the morning and have a coffee outside the 7-Eleven with the other women. And have a smoke. And then they use the plastic takeaway cups to carry on begging.

I’m going to make sculptures that will fit into a suitcase. And then each day for a week, I’ll fill the suitcase with my sculptures and go out into the streets of Oslo. I’ll find a place and take them out. As I lay them out, I might sing, or recite a poem. Concrete and cloth.“

The project Headscarfs Close to the Ground by Elena Aitzkoa formes the basis for this publication, printed in an edition of 400 copies. The publication both reflects on and documents the performance week realised by the artist in Oslo in Autumn 2016, as part of the OSLO PILOT residency program. During the week, the poet and sculptress performed around the city of Oslo carrying a light blue suitcase full of sculptures, singing and whistling in the street, probably wearing a headscarf.

The publication has been financed by the Department of Education, Language Policy, and Culture of the Basque Government.

© 2017 Elena Aitzkoa and OSLO PILOT, a project that laid the groundwork for a future contemporary art biennial. OSLO PILOT took place from 2015 to 2017 and was financed by the Agency for Cultural Affairs through the City of Oslo’s Art Scheme. The Biennial will open in 2019.